Located in Kamloops BC on Victoria Street.

When we first arrived we seen the patio loaded up with a ton of bikers. When I say bikers, I mean a bunch of senior men riding road bikes all decked out like they just rode the Tour de Kamloops. I had overheard one of the men say that they should get to work, and then a couple minutes later they were gone.

As we walked into Caffe Motivo, the inside of the cafe was very full, not to many empty seats. This is an extremely busy place. The other thing I noticed was in the short time we were there, they had several regulars come in for their beverages. All the staff were very talkative with them. The service we received on Thursday was outstanding and prompt. The staff seem genuinely friendly and looked like they enjoyed being at work, which is really great to see. 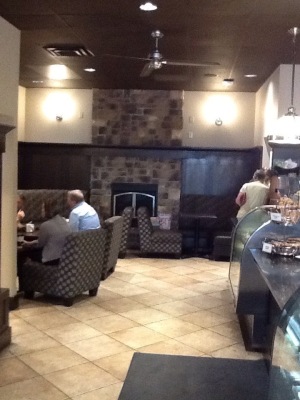 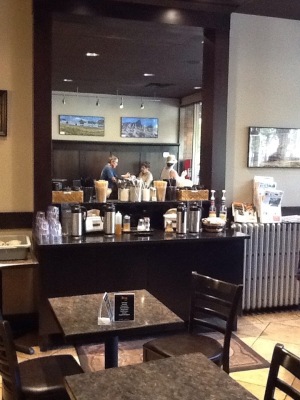 The barista asked how my day was going, I said great. I asked him how his was going and he said he was making everybody’s day better one cup at a time. 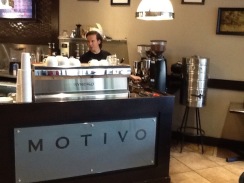 We didn’t order any food but what I saw on display looked delicious. They had cookies displayed in lanterns, which was really cool. 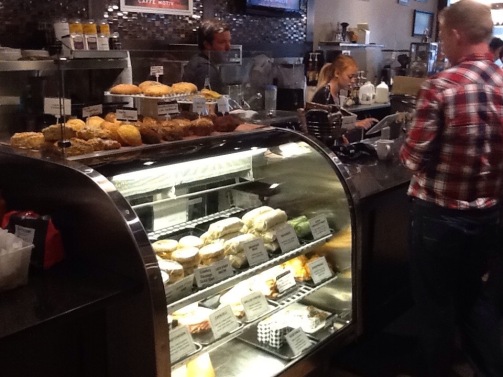 Caffe Motivo has a great patio, several large tables. As we sat out there we had a few people say good morning. Very friendly place.

I also want to give a shout out to the Kami cab driver of cab #9. The driver got out of his cab and helped an older lady passenger out of his cab and proceeded to walk her over to the hair salon across the street and helped her right inside. Can’t say I have seen this happen in quite some time. So kudos to this company and to this driver.
Kami Cab Car #9 (250-374-9999) 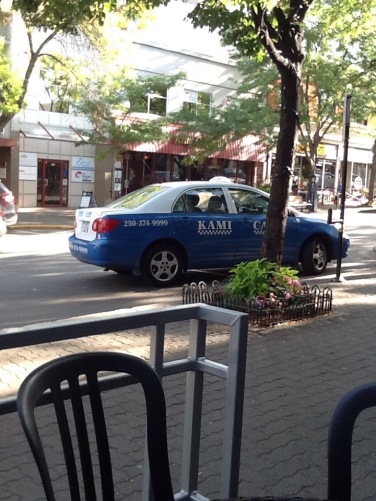 The last thing I would like to say is that I have been to numerous coffee shops over the last few months and these guys have a great thing going here. I would say they are as good if not better than any of the big city coffee shops that I have been to. If you ever go to Kamloops, check this place out. I mean it. Caffe Motivo is excellent. You won’t regret going here. (www.caffemotivo.com)