Tim’s Gourmet Pizzeria is located just off of Main Street in Cochrane.

Today we headed to Cochrane for a caffeinated beverage, and decided to have some lunch while we were there. We actually stumbled across Tim’s Gourmet Pizzeria as we were looking for a particular coffee place which just happened to be across the street from Tim’s. Has to be good place with a name like Tim’s. Ha Ha

The decor has a French bistro feel with a rustic flair. There is a cool chandelier over the cash register. There is about a half a dozen tables in the place along with a long table in front of the window. There is some counter seating where you can watch them make the pizzas. 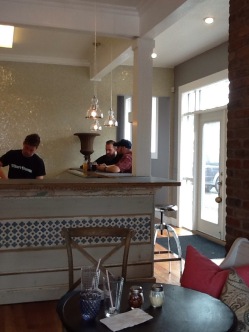 The menu is quite limited and seemed a bit pricey, but the food was really good. The pizzas they have on their menu aren’t just the standard ham and pineapple or pepperoni, which they have. What really shines is their great original flavours. 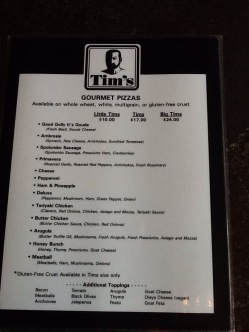 We started with the bruschetta. It was served on warm home made bread, with fresh tomatoes, and seasoned just right. It was excellent. The 2 pieces we ordered were not enough to fill you up but just enough to get you ready for the pizza.

Then we ordered 3 Little Tim pizzas. The spolumbo pizza, the honey bunch pizza and the teriyaki chicken without cilantro as I am not a fan of it. Next time I would order the Tim’s size or the Big Tim’s size as the Little Tim’s is more of a kids size. The little Tim’s could be used as a sampler size which is a good idea and gave us the opportunity to try more than 1 kind. All 3 pizzas had really good flavour. The spolumbo pizza had spolumbo sausage, prosciutto ham and cranberries and was really good but, the most interesting pizza was the honey bunch pizza which had actual honey on it as well as thyme, prosciutto and goat cheese. It was very interesting to eat but very good. 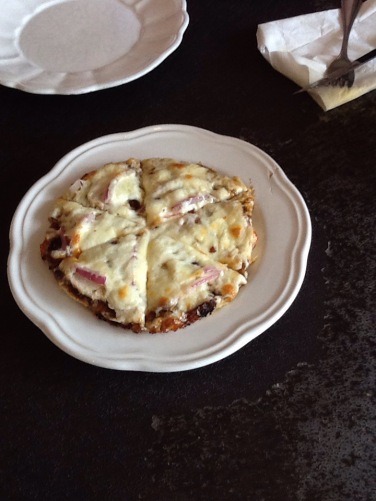 Tim’s also sells frozen pizzas from here as well. We did see a few people had come in to get some.

The host/server was very friendly. He was very attentive and eager to make sure our experience was a pleasant one.

The only negative thing I could say about the place is that the restaurant was very hot inside. 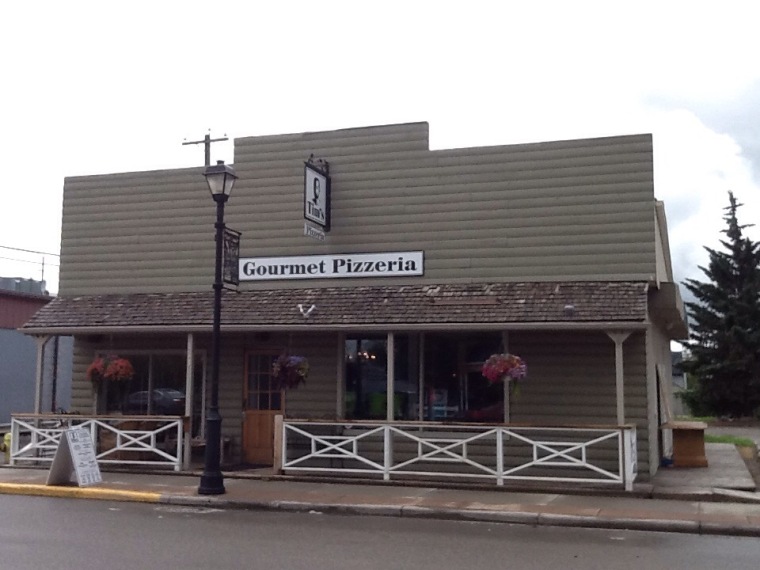