This coffee bar is located just off of Broadway and Columbia on West 8th Ave.  They have a nice long patio with five tables and inside they have a bunch of tables and lounge comfy chairs with giant slider doors open to the outside.

All the tables outside were busy and most of the tables inside where all full.  It’s always a good sign to see that most of the tables full with people.  There where people working on their laptops and tablets, others chilling with friends, and others just relaxing and listening to the music.

When we walked in there was a gentleman at the back playing his guitar for everyone to listen, I overheard the barista say that they just started to do this on Saturdays.  It was nice to hear some of the songs that he was playing, while we where here he played “Kissed from a Rose” by Seal and “More than a Feeling” by Boston.  The only thing my daughter thought is that he could have been unplugged and did all his songs acoustic so that it would be more a coffee shop feel instead of a rock concert.

They have some very interesting names for their caffeinated beverages, turksicle, courted, and a stove top, such an interesting way to ask people to order their beverages. 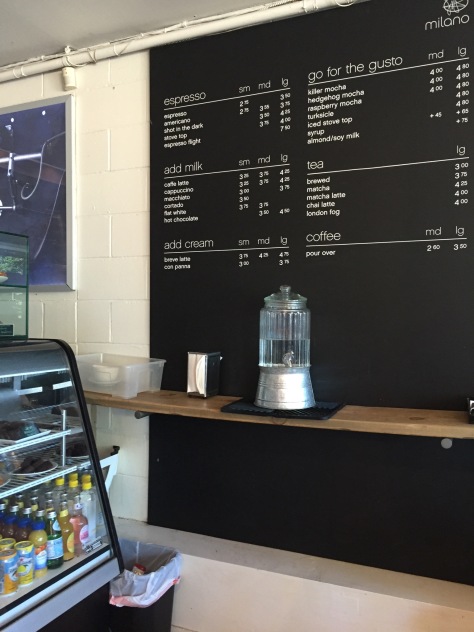 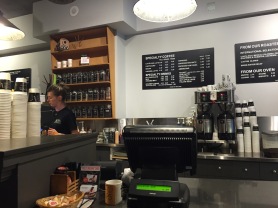 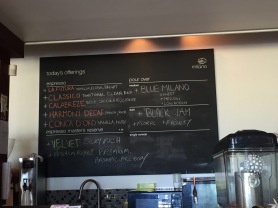 We checked out their tasty treats and their carrot cake is a giant piece, if we were not going to get dinner after this I would have ordered a slice. 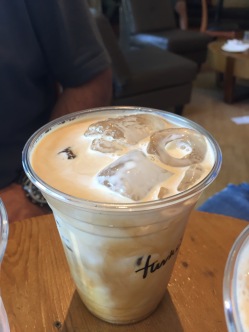 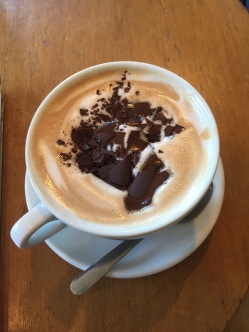 One of the sad parts of this place is we seen on their Instagram that they do coloured Latte art. Unfortunately, when we came a day there was no one here that could do it.