About a month ago I starting seeing posts on Instagram about UTCA. So during the Christmas break we decided to go down to Victoria Park just off of MacLeod Trail to check this place out.

Utca, which means “street” in Hungarian, makes chimney cakes and chimney cake cones. The Hungarian street food is made with dough that’s wrapped into a tubular, hollow shape and rotated in the oven until it’s cooked. 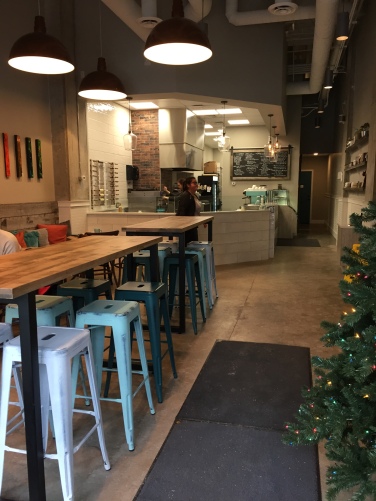 The inside of the shop is made up of exposed concrete walls with some reclaimed wood near the entrance and in the seating area. There is seating for about 30 people. The long seating against the wall is nice as they have placed cushions down. They also have some shelves up for the goods that they sell. On the walls they have some artwork for sale.

My biggest complaint was the wait time for our drinks. By the time we got our drinks, our food was cold. 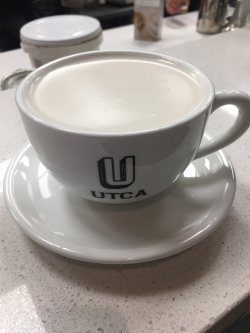 I ordered a Breakfast Cone, which is a cone shaped chimney cake filled with egg and bacon. It was made fresh and was pretty good. My only complaint was that it took a long time to get.

My wife ordered the Cinnamon Sugar chimney cake with icing cream cheese. The cake itself was already made and was not warm. It was actually pretty tough to tear apart. They also gave us a small dish of the icing cream for dipping.

We also had tried to order a chimney cake with ice cream, only to be told that they were cleaning the ice cream maker.

Overall the service was ok. The people working were very pleasant. 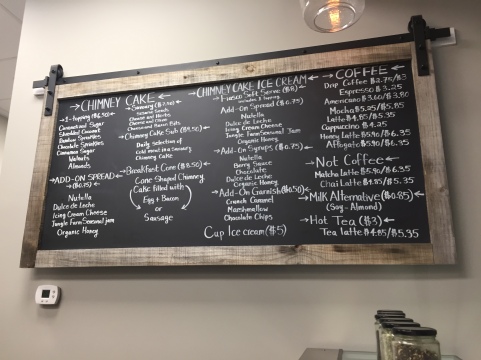 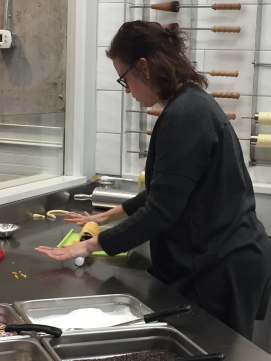 Unfortunately, I don’t think we will be going back to UTCA. The prices are high, 3 of us with 3 drinks and 3 chimney cakes came to about $50. I could have went for a nice lunch somewhere for that kind of money. So I am sorry to say that I would not recommend this place to anyone.

There is some street parking as well as some parking out back of the building.