On Saturday morning, I was scoping out Instagram and came across a picture of a very colorful coffee shop. When I saw that it was a local shop in Calgary, I was thrilled and knew we needed to go.

We decided to check out The Muze Coffeehouse, which is located in Chinatown.

A coffee shop and bakery in the basement must provide wonderful smells in the rest of the building. I knew as soon as we walked in, the smell of freshly baked goods hits you right in the face. Oh, what a smell, it is intoxicating.  What’s crazy is there appears to be no empty business spaces in Chinatown, every space has a business in it, and this makes for a very colourful, beautiful neighbourhood.

The shop itself is not very big and seats about 10-15 people. While we were there, lots of people were coming in to pick up baked goods and then leaving.

They also have some cool artwork on the walls. 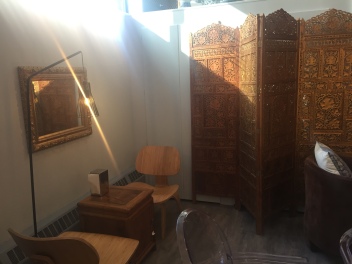 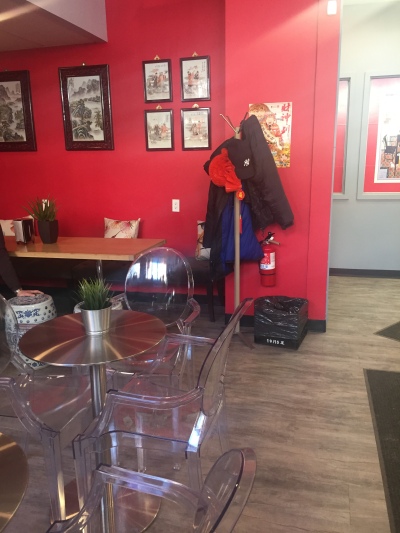 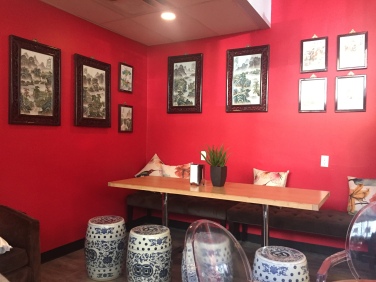 The drinks we ordered were as follows; my wife ordered the Chai Tea Latte, my daughter ordered a London Fog and I ordered Vanilla Latte. They serve Rosso coffee.

The Vanilla Latte had better flavour than the one that I had purchased at Rosso recently.

My wife’s Chai Tea Latte was pretty good, I really think that my wife should stop ordering these as I really don’t think she enjoys them anymore. She had a bad experience at a shop that has recently shut down.

My daughter said that her London Fog was the best she had ever had and was extremely delicious. She believes that the tea was brewed first and then the milk was slowly added so that the flavours were heightened. We believe they used evaporated milk to make it very creamy. I really believe that my daughter will not have a London Fog anywhere else now. We have friends that have said that this is a traditional way of making a Milk Tea, and I have to say that the traditional way is the only way. 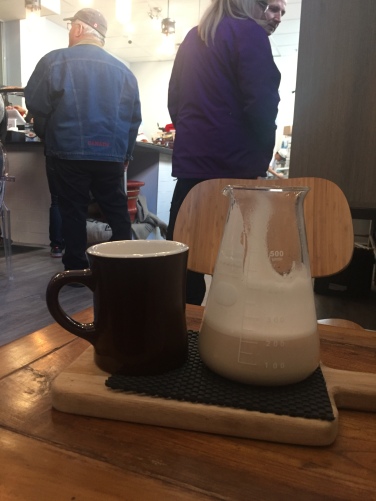 The Muze Coffeehouse has partnered up with Jing Jing Bakery. The bakery has been around for 30+years, and I can see why.

While I was looking around the shop I only seen two ovens in the back. These ovens had to be working overtime because as we were sitting there, tray after tray of fresh baked goods were rolling out of the back. The guy that was bringing out the trays was explaining to us what was on each tray, and then telling us which were his favorites. Some of his favorites are now our favorites. One thing I can say is everything we purchased that day was very delicious and very reasonably priced.

I know I am going to get this wrong but we had ordered a couple of coconut buns, a raisin twisty bread and lastly we bought a loaf of their round raisin bread. I enjoyed this toasted with some butter since that was the way they told me to eat this.

When we visit next time, we are definitely trying the Egg Tarts, since everyone we have talked to said that they are amazing and there is nothing else like them. 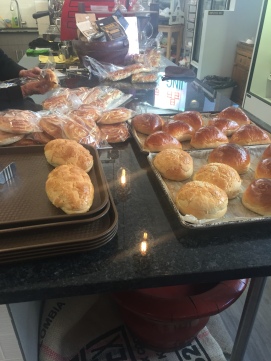 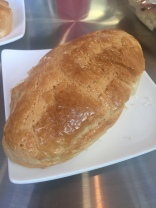 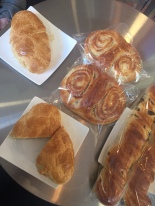 There were numerous people working the day we were in the shop and everyone was very friendly and helpful. I did have a chat with one of the owners and he was extremely friendly and a pleasure to talk with. We talked about the vision in getting this shop up and running. We discussed Jing Jing Bakery going into retirement and then coming out to partner with The Muze Coffeehouse.

The Muze Coffeehouse is open during the Tuesday through Friday 7:00am until 6:30pm, Saturday’s 8:00am until 6:30pm and on Sunday’s they are open 8:00am until 5:30pm, and unfortunately they are closed on Monday’s. I do wish they were open later during the week as it would be a great place to stop by after dinner and have a coffee and dessert.

Welcome to parking in downtown Calgary, it is street parking and it is at a premium. We ended up parking about a block away and walking a couple minutes.