To celebrate my son’s birthday, we headed to an all Vegan restaurant. Now my son said that if he hadn’t told us then we would not have known. Either way we decided to give it a go, it is his birthday after all.

It was a really nice location with big windows at the front and tables that ran along the right side of the restaurant. Down the middle was a huge family style table and a couple standard tables, on the left side there was a bar and some picnic tables.

There was art all over each of the walls and behind the bar they had Disney VHS’ playing which was super nostalgic. The restaurant also had a real rustic feel to it. 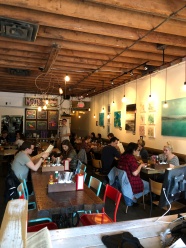 After reviewing their rather big menu we decided on a couple appetizers to try.

We got the Artichoke and Spinach Dip for $11.75 it was so good, it was creamy and had amazing flavor.

We also tried the Teem Poutine for $11.25, my son said it was one of his favorites. It had fresh cut potatoes and to our surprise it was really light. It had a cashew miso gravy which was quite refreshing as compared to the regular beef gravy you would normally get

Both my wife and I ordered a Meet Burger for $14.25 each. We opted for the Beyond Meet Burgers instead of the Soy.

The texture was really interesting but we kept comparing it to beef, so once you get past the color and texture it was really good. I guess what I did wrong was cut the burger in half and seen that the color was very pink, not something I am use to. The bun was delicious and had a great ratio with the meat, the bun never once started to fall apart either. Overall the burger tasted really good but I couldn’t get over the texture and color.

My son ordered a Mighty Mac Burger for $15.50. He said it was delicious and the combination of Mac and Cheese on the burger is really something different. This is the burger that he has had in the past and he said that it is always delicious and amazing.

My daughter ordered a Marinated Portobello Burger for $14.50. She said it was the most tender mushroom she has ever had and it had so much flavor. The feta that they used was vegan but it was not salty at all, so it brought a nice flavor with the mushroom.

I also should state that if you are coming to get one appetizer and share it because each of the meals comes with both fries and a salad. So in other words, it was super filling and a ton of food. 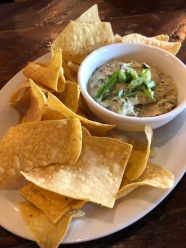 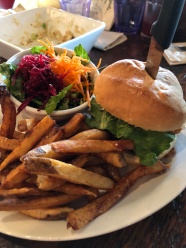 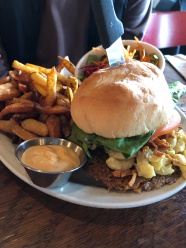 The employees were very friendly, accommodating, and patient with me as I think they could see I was struggling with the whole vegan thing. Even after I cut into my burger, our server offer to get me something else if that would make things better. 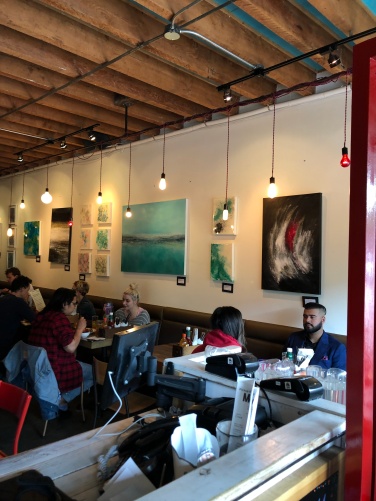 There is a bunch of street parking since they are located on Main Street, but just know you will pay for this parking as well.

Even though I am not a vegan, and don’t plan on switching anytime soon, the food was delicious and I am glad that I went and tried something new. If you are wanting to try something different and you are walking along Main Street in Vancouver, I suggest you try this place. Like I said I really enjoyed the appetizers the best.