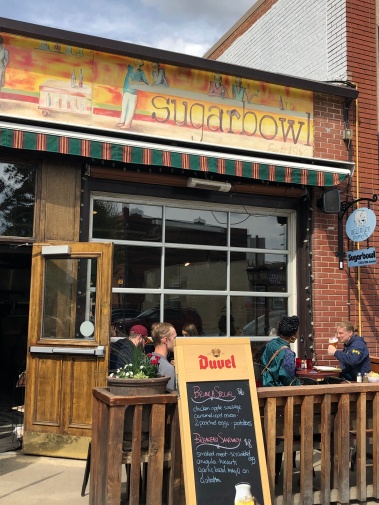 We decided to try a new place for lunch today called Sugarbowl. We had driven by it on our past trips to Edmonton and today we decided to try it. We had to a wait a little for a table, but it was completely worth it.

There is tables located all over with eclectic tables and chairs, everything is different, nothing matches. They also have a small patio with eight tables, but since it was chilly outside we decided to sit inside and stay warm. 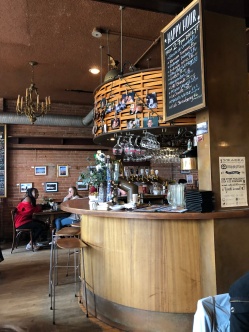 Overall I found their food menu rather small considering the menu is several pages, but in reality their liquor menu is quite large. It was very busy and every table had people sitting enjoying food. So after we sat there for a few minutes and had a chance to read through the menu we decided to order our meals.

On the recommendation of a family friends daughter, I ordered the Chicken and Waffle for $16 and it was excellent. The maple syrup gravy was a sweet touch to both the chicken and the waffle. on top of the chicken was a watermelon salsa as well. So good. The chicken was cooked perfectly and lightly breaded. I was extremely happy I listened and ordered this meal.

My wife, daughter, and family friend ordered the Beef Burger for $16. The burger was very big and delicious. We each found that the bun was falling apart and that the meat was a little tough. We were the most disappointed with the Gruyère cheese, because it didn’t melt at all, it was also an 1” thick, way to thick for everyone’s liking.

Our other family friend ordered the Red Curry Latse for $18 and he said it had great flavour. It was not as spicy as he would have hoped, but it was delicious. 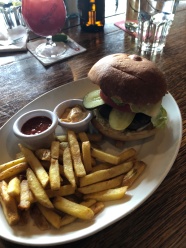 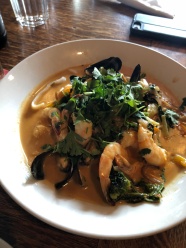 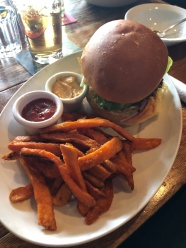 After lunch we also decided to try a couple of their desserts and since there was so many of us we were able to share all of them amongst ourselves.

We also ordered the Oreo Cheesecake (one of my daughters favourites) for $8 and she said it was amazing. It had whole Oreos and that they were crushed in the cheesecake but you could still taste them. So delicious.

The last dessert we ordered was the Banana Cream Pie for $7.50 and it had the best banana flavour. It was so delicious, the crust was the right consistency with the creaminess of the banana cream. 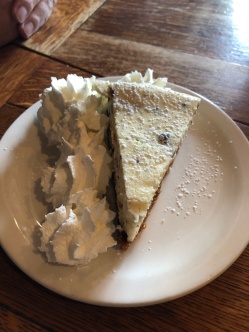 The staff were very nice and accommodating, the first table they sat us at was very awkward to sit at so they allowed us to move to a bigger table. When my daughter originally ordered the Baked Lasagna they apologized and suggested something else since they had sold out for the day. The staff were amazing! 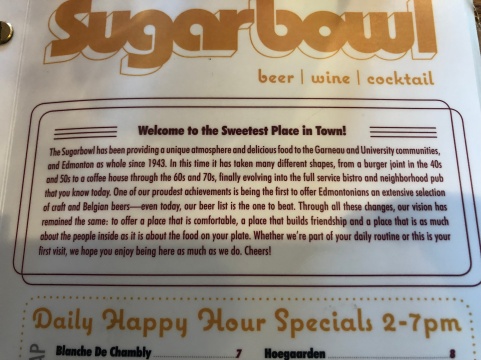 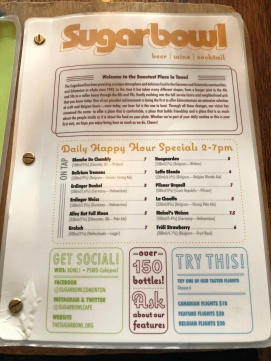 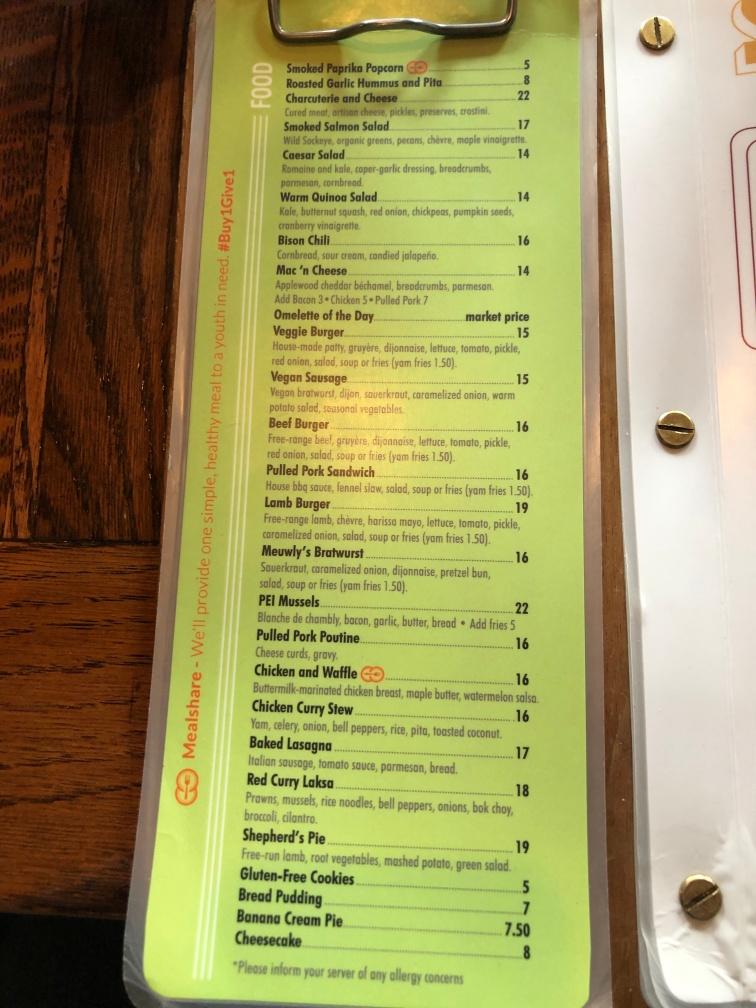 The parking is not ideal at all. There is a couple street spots out front, but other than that we parked a couple blocks away and walked over since it was better time for our buck. So just be prepared to pay and walk a little for this meal.

I would have to say that this place was pretty awesome and I would definitely eat there again. If you want a real experience while you are dining at this location, make sure you visit one of their bathrooms. It is quite interesting, that is all.