We arrived back in Calgary on August 23 and we still had one more day off.  For our final day off we decided to head down to Kensington since we had to return our trailer there, we thought we would go to The Roasterie for a caffeinated beverage and then head over to Pie Cloud for some food. 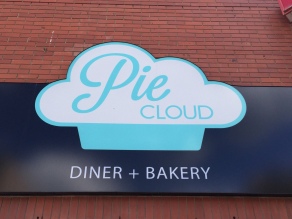 Walking into The Roasterie there is an overwhelming smell of coffee, it smells so good.  There is multiple kinds of coffee beans that you can buy, you can buy as little as 100 grams so you can try before you buy more.  They have a primitive old fashioned coffee roaster.

After smelling a bunch of amazing coffees we decided to order some beverages.  My wife ordered a London Fog, which had a Vanilla and an Earl Grey tea bag with water and milk.  My daughter ordered Frappe and since she couldn’t decide what kind she wanted the barista said he would add Vanilla and Brown Sugar together.  I ordered a Vietnamese which was a double shot with condensed milk over ice. 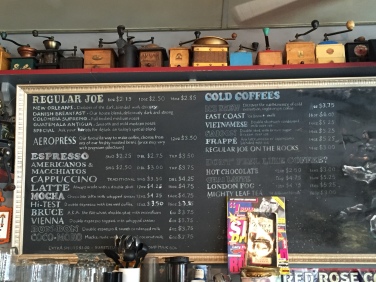 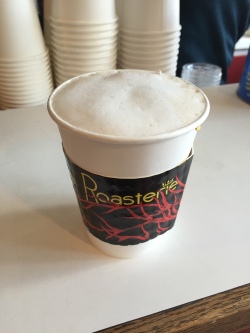 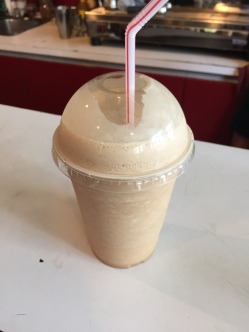 After talking to the barista for a little bit, we said our farewell and headed over to Pie Cloud.  We were late for breakfast we decided to try their lunch.  Every time we have been there it has always been for breakfast, so this was a new experience for us. 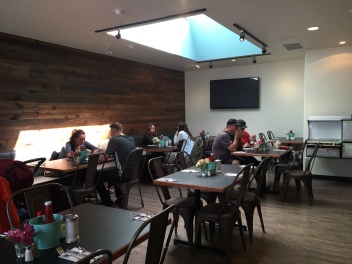 The Turkey Dinner was absolutely amazing and the Cranberry Relish is to die for, it is so good.  My wife even asked if there would be a way to purchase some of it to take home.  My daughter’s burger was delicious, they have a homemade mustard that they use which was awesome.  The only thing she didn’t like was the pickled white beats on the bottom of the burger.  My Chicken and Waffles were so good, the waffle was light and fluffy and the chicken was moist with a crispy skin.

While we were sitting there we started talking to the owner, Maureen DePatie, about the Cranberry Relish we were told that it was Pie Happy Hour.  We asked why it was on Wednesday’s and Maureen replied that Wednesday’s are boring and we had to make something for people to look forward to each week.  After hearing all this, we knew we had to order some pieces of pie.  We ordered a slice of Pecan Pie, Apple Pie, Mermaid Pie, and Banana Cream Pie.  They were delicious.

If you feel like you need a non-alcoholic pick me up on Wednesday’s head down to Pie Cloud in Kensington to pick up some pie. 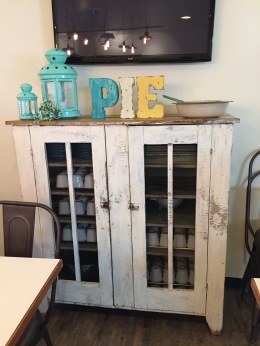 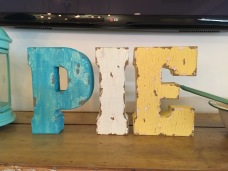