This morning we headed out on the hunt for a new place that we have never been to, we have only heard about them… Jelly Modern Doughnuts down in the Beltline community on 14th Ave and 8th Street Southwest. They have a prime location but very limited street parking, we ended up parking a block or so away and walking. Thankfully it was nice weather. 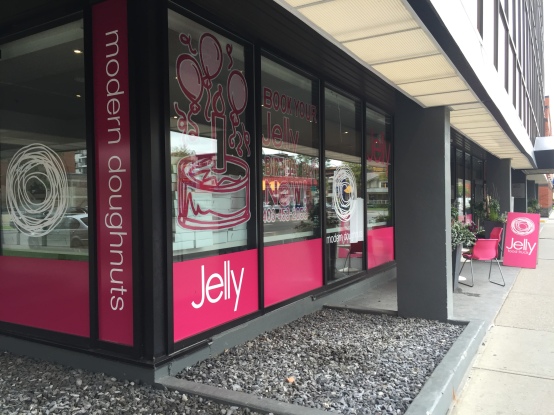 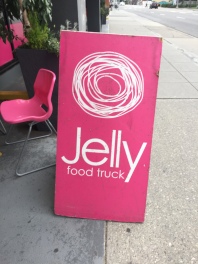 This shop has very little seating on the one end and on the other end there is a packing prep area. The menu is very hard to read since you are looking through the glass that is protecting the doughnuts, so we stood off to the one side so we could read the menu easier. In the time we were there we seen quite a few people coming in for doughnuts to go.

They had multiple different kinds of doughnuts and all of them looked amazing. The ones that we seen they had today were; Callebaut Chocolate, Classic Jelly, Lemon Curd, Maple Bacon, Peanut Butter Cup, and S’more doughnuts. 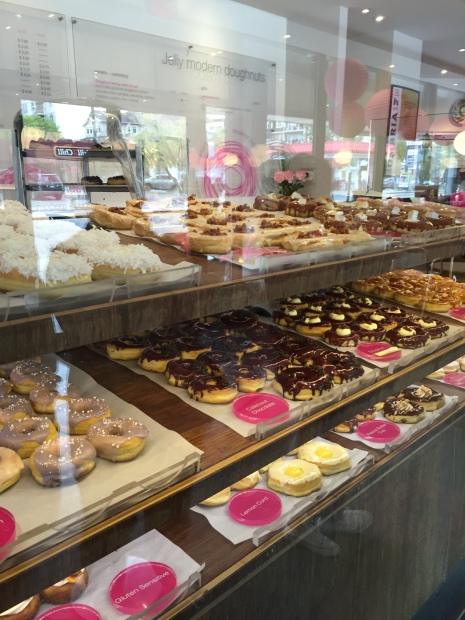 After looking over the available doughnuts, I ordered a Three Bite Carrot Cake and a regular Caramel Apple doughnut. My Wife ordered a regular Coconut and a regular Maple Bacon, but the Maple Bacon doughnut is anything but regular, it is the most decadent doughnut we have ever tasted. It’s easy to see why they won the Food Network’s Donut Showdown. Lastly, my daughter ordered a Classic Snack Box which came with organic vanilla bean yogurt and an apple with her choice of a gourmet doughnut, so she got a S’more flavoured doughnut. We found all the doughnuts chewy and very moist, they are not greasy at all. 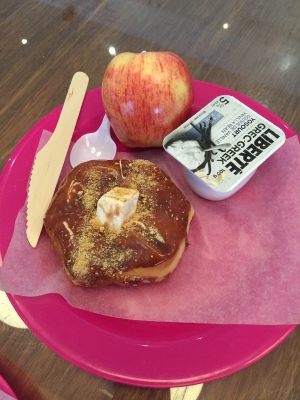 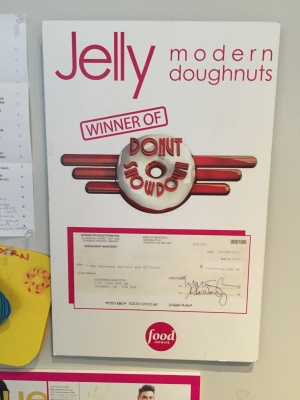 I wouldn’t go there if you are looking for a cheap donut, donut prices range from $2.25 to $2.75 each. They also have several packages that include coffee. A dozen doughnuts will run you about $30.00 but well worth it. I have had Krispy Kreme, Tim Hortons and Dunkin Donuts, but these are the very best I have ever had. 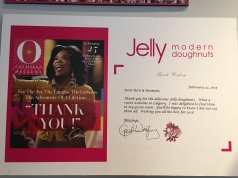 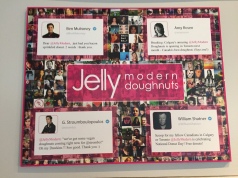 I ordered a Cappuccino which was sub par, it was luke warm and lacking flavour. My wife ordered a Earl Grey Tea Latte. Neither drink was that great. The beverages definitely did not live up to our expectations, but the only saving grace was the doughnuts were amazing.