On October 29 we decided to try something new and headed to Fiasco Gelato.  We went to their Head Quarters off 19th Street NE.  It was this amazing location with not a lot  of parking, as there was only three parking spots assigned to Fiasco Gelato.  When we entered it was very modern and industrial. 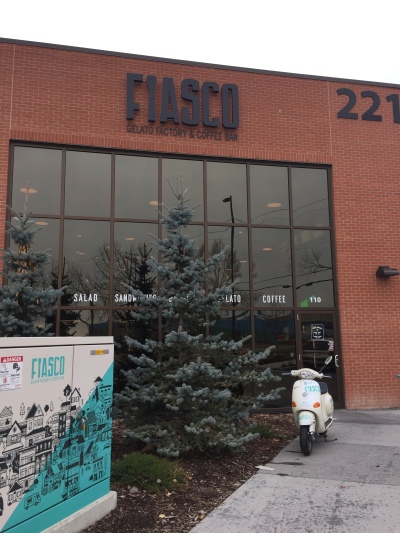 They had so many kinds of Gelato to choose from, but after sampling a couple flavours we decided to try out their Halloween special ‘Trick or Treat’, Coconut Cream Pie, and Salted Caramel.  Each of these were very delicious.  Since this is Extreme Coffee Freak, I had to have some kind of caffeinated beverage.  I ordered a Caramel Latte and both my wife and daughter ordered Drinking Chocolate (Hot Chocolate). 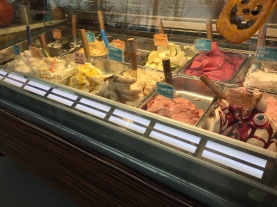 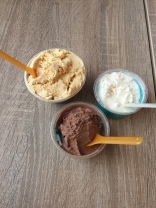 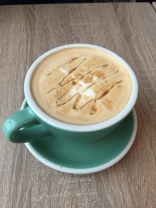 After enjoying our Gelato and beverages we walked down an aisle and there was another location near the back where their warehouse was, it was so nice.  We were also able to see where they make all the Gelato, they had big open windows so you can see everything. 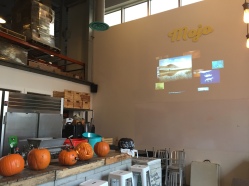 When we were leaving we noticed that the stairs that head upstairs had a quote from Kid President which I found I really liked.  The quote was “Create something that will make the World awesome”.