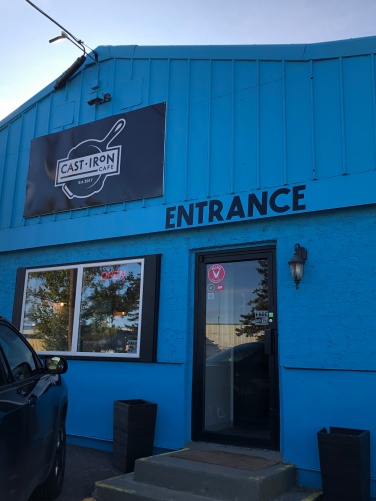 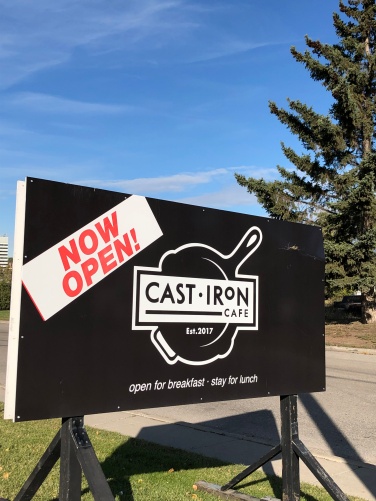 Driving around Calgary on Saturday, we were trying to find a place to have breakfast when all of a sudden I remembered this place I had seen on Instagram called the Cast Iron Cafe. A little cafe located in South Calgary, straight up from Chinook Mall.

The location is large and open with lots of large windows letting plenty of light in. It has kind of and eclectic feel to the place. I love to see places that have mismatched tables and chairs.

It is also really nice that that they had cloth napkins (no waste here). 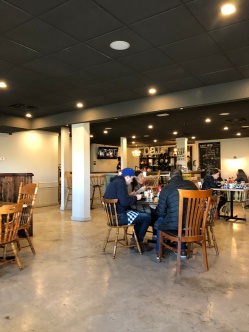 I ordered the Chicken and Waffles for $16.00 which was absolutely delicious. The waffles were sweet and came with an orange jalapeño sauce which was really good. I thought because of using jalapenos the sauce would have had a little more zip to it. It also came with maple syrup for those who are less adventurous. The chicken were tenders which was a nice change from having chicken thighs at most places.

My wife ordered the Needless to Slay for $14.00 which was delicious. It is their version of a Vegetarian Bennie with zucchini, red peppers, red onions, and mushrooms. The veggies were really crunchy and delicious.

My daughter ordered The Biggie for $16.00 which was also delicious. The maple glazed boar bacon was a great addition to the bennie. She said she would have liked to have a sharper knife because it was hard to cut through the boar. Who knew wild pig would be hard to cut through??

With each of the meals there is an option to get a side, each of us had the hash browns which are the mini potatoes with onion and peppers which was absolutely amazing. Such terrific flavor. 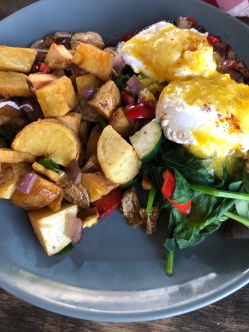 This is the food from our second trip there. I had the burger, my wife had the waffles, and my daughter had a polish breakfast. 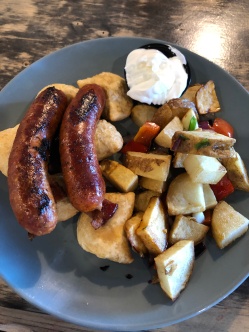 Everyone working there were very friendly and amazing. We also found out that they started using their new menu the day that we were there. The food was enjoyable and satisfying and it was the right amount of food. 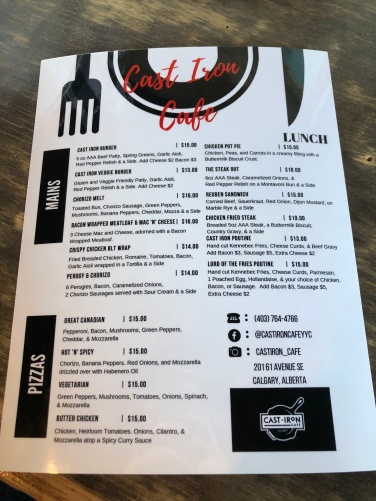 There was a lot of parking on all three sides of the building and it is all free.

This is a cafe that I can see us visiting again multiple times in the future. There is a bunch of menu items that we would like to head back and try.

We have been back since this review was written and tried a couple different menu items and they were really good.